Switch the phone off, disconnect it from any connected USB power source and remove the battery before replacing the WWAN module.

The Wireless Wide Area Network (WWAN) module provides access to the cellular network. Different modules are needed for different geographical regions, so you may find it necessary to replace the current module with another one that is approved for use with the Librem 5 when you travel between regions with different regulations.

The user is responsible for ensuring that any changes or modifications they make to their phone are compliant with government regulations on radio operation and emissions in their geographical region.

You need to remove the rear cover of the phone to access the WWAN module compartment.

Proper electrostatic discharge (ESD) precautions should be taken, such as ensuring that you are grounded, before removing the rear cover of the phone and handling components within.

To remove the cover:

Remove the battery before proceeding.

The WWAN module is located next to the camera.

Remove the screw located between the top edge of the compartment and the module itself, next to the camera. This screw attaches a T-shaped metal bracket to the phone chassis which keeps the module in place. 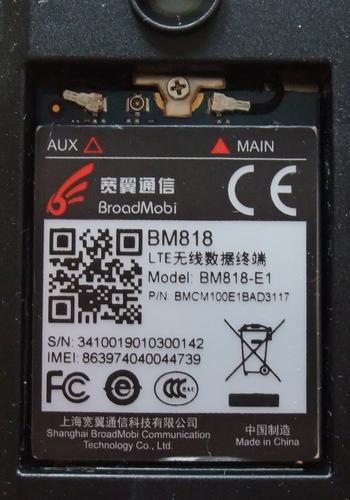 A WWAN module installed in the Librem 5 phone. Note the screw between the BroadMobi module and the top of the compartment.¶

Unplug the connectors indicated by the two red arrow markers on the module. Note that these connectors are rated for 10 duty cycles, so you should avoid disconnecting and reconnecting the module if possible. 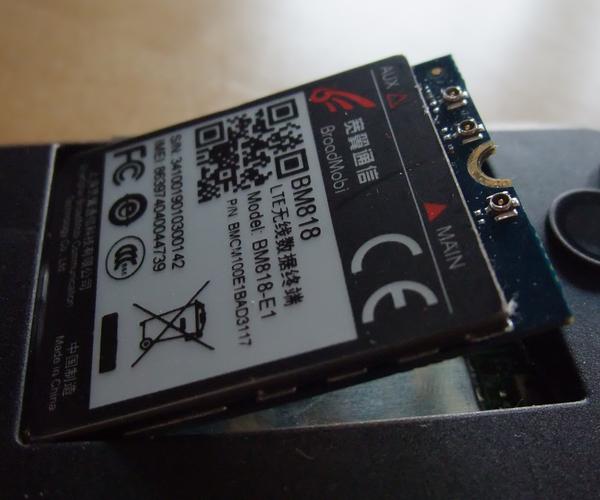 The WWAN module after removing the screw, T-shaped metal bracket and connectors.¶

Position the cover over the case as before and gently press until it snaps into place.