The virtual keyboard provides an on-screen replacement for a physical keyboard that is used to input text.

When an application presents a text input field or editable document, the virtual keyboard will be shown automatically.

Opening and Closing the Keyboard¶

The virtual keyboard is shown automatically when a user interface element receives the input focus. However, you can also open and close it manually by pressing the

(keyboard) symbol in the bottom-right corner of the screen. This will light up when the keyboard is available.

The layout of the virtual keyboard is close to that of conventional physical keyboards, except that it is designed more for text input than as a general input device. As a result, many of the keys found on a physical keyboard, such as Ctrl, Alt and the cursor keys are not included in the normal layout. 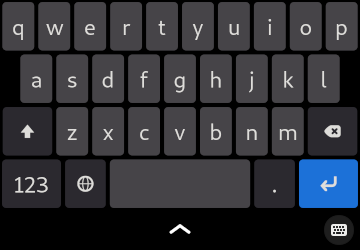 Since the user still needs to access upper and lower case characters, a key like the Shift is included as the

key. This toggles between lower and upper case characters when the alphabet is shown.

key corresponds to the backspace key on a physical keyboard, causing the last character in an input field to be deleted.

key behaves in the same way as the Return key on a physical keyboard.

The default layout is for a US English keyboard. This can be changed in the Region & Language section of the Settings application.

The keyboard provides different views that you can switch between: one with the alphabet, another with digits, and a third view with symbols. 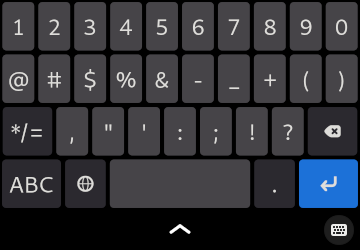 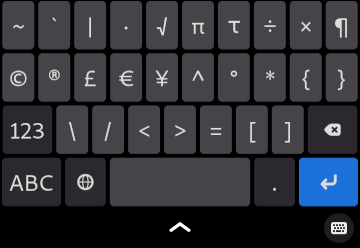 Switch between the views by pressing these special keys:

More specialized keyboard layouts will be shown when certain kinds of input are required by applications. 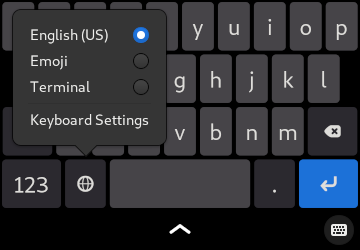 This provides access to layouts such as a terminal layout for consoles and terminal emulators, as well as an emoji layout for messaging applications. 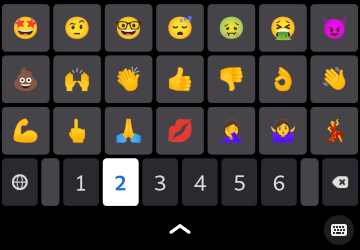 The menu also shows which other layouts are available for other languages.